After a last minute cancellation last year due to Covid-19, Mobile World Congress Barcelona was an amazing event this year. At a fifth of its regular size the vibe was completely different. Innovation, cloud, open transformation, agility and change were the key themes, almost as if the teenagers took advantage of the parents being away for the week. One of the first casualties of the virus back then, it was also one of the first to came back as an in-person event this year, and successfully so!

Instead of the more than 100 thousand attendees normally roaming the streets of Barcelona in the week of MWC, only approximately 20 thousand made the trip to the world’s flagship mobile event this year. Instead of 9 halls at the Fira Barcelona Gran Via only 3 were in use this year – including the Corona test facilities that took up the better part of Hall 1. And still, in many ways, this was a game changing event for the mobile industry!

Here are my five key takeaways of this year’s MWC.

1/ Physical events are back

In spite of the distancing, regular testing (every 72 hours) and obligatory face masks, it was clear that 20 thousand people thoroughly enjoyed and appreciated the opportunity to get together, connect and do business again. Talking to a screen in scheduled meetings is simply not the same as shaking hands (or bumping fists), having random encounters with others sharing the same passion, and hanging out together with a bite and a drink while taking in the sunset.

It’s been observed in a number of our SmartCom Summits already, for some types of work online simply doesn’t work as well as really connecting with people face to face. So the theme of this event, Connected Impact, really worked out – albeit surely different then originally intended!

2/ The time has come for innovation in Telco Core

_The_ talk of MWC was TelcoDR, a telco ‘startup’ by Danielle Royton, a seasoned telco executive with 25 years experience. Her bottom line? The public cloud is coming to telco, its potential is massive, and burying your head in the sand is NOT an option. Her Cloud City filled the space originally booked by Ericsson, with a collection of startups, scaleups and cloud hyperscalars such as AWS, and was the place to be to relax, enjoy shows from the likes of Bon Jovi, and meet like minded people.

At MWC this year, Danielle decided to throw a couple of sticks in the telco henhouse, calling for open innovation, move to public cloud, and basically total mindset refresh. Agility has been key for enterprises for a while now, and telco infrastructure is next in line according to her. And I agree. Danielle did a couple of inspiring (and to some, surely, unsettling) keynotes and interviews, and arranged for Elon Musk (Tesla, SpaceX) to do a keynote about his efforts to make wireless internet available to all by investing a couple of billions to launch a couple thousand low orbit satellites. Quite a wake-up call for some traditional telco executives!

Although public cloud, ORAN and RCS have been around for years, if not decades, it was refreshing to see these, as well as other innovations, capture so much attention and airtime in keynotes, interviews and coffeecorner discussions. The Microsoft announcement about taking over AT&T’s 5G mobile network division was interesting, Red Hat’s and Mavenir’s talks on Open Ran got everybody to listen, and Elon Musk’s keynote about SpaceX and the future of mobile was shocking to some.

And then of course there were Google, Dotgo and others continuing to push RCS (an old GSMA favorite) into mainstream adoption. With all sorts of Machine Learning and Artificial Intelligence promising amazing results in the near future in all these areas.

To help telcos, who are not necessarily known for their innovation speed and agility, make the transition to cloud, cloud communications, APIs and agile, help is needed. Microsoft’s acquisition of AT&T’s 5G cloud team is meant to strengthen their Azure for Telco proposition, allowing telcos globally to roll out these sorts of new services quickly and without huge investments in time or resources.

Likewise, wholesale carriers like iBasis are stepping in to provide wholesale, white-label, solutions and iron out any local regulatory wrinkles. And scaleups like Simfony provide white-label IOT solutions to help telcos address the fast growing IOT demands from their enterprise users. We had some of these in our Summer 2021 SmartCom Summit, which you can see <<here>>.

5/ The only certainty is change

The times they are a changin’, according to Bob Dylan back in 1964, and indeed they are. With change now also clearly on the agenda for the mobile/telco core, the next couple of years are sure to be very interesting indeed for anybody interested in Smart Communications, Companies and Communities! 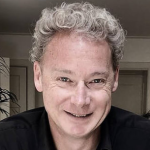 Over the past 30 years Rob (co-)founded various tech companies, including one of the leading Dutch hosted voice providers (before hosted voice became the new normal). Today, he works with telcos/CSPs and some of the world’s leading technology providers on innovation and growth, especially in the rapidly changing world of cloud communications and CPaaS. Rob has this crazy belief that the strengths of corporates and innovators should be combined in new ecosystems to create optimal customer experience, new business models and solutions for some of today’s big problems.